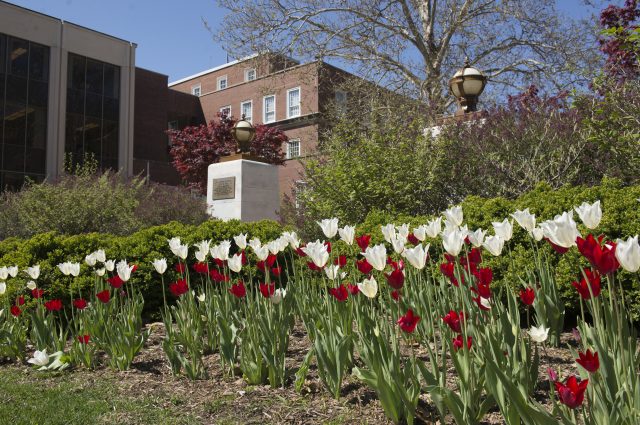 Illinois State University has surpassed the $150 million goal set for Redbirds Rising: The Campaign for Illinois State. Alumni and friends have contributed more than $155.4 million to the campaign, helping the University achieve the goal 13 months ahead of schedule.

“I’m thrilled we’ve exceeded the Redbirds Rising campaign goal early,” said Illinois State University President Larry Dietz. “This is a remarkable achievement, one made possible by alumni and friends who believe in the quality of the ISU experience and have demonstrated their confidence in our direction through their investment in the University. Our students, faculty, and staff are better positioned now than ever before in the University’s history to innovate and pursue leadership. I’m grateful for our donors’ generous support of Illinois State.”

Highlights of the Redbirds Rising campaign to date include:
• Began in July 2013 and publicly launched in September 2017
• Over 51,000 donors, including 23,000 first-time donors to the University
• 25 visionary gifts and commitments of $1 million or more
• 571 gifts and commitments in excess of $25,000
• Annual giving has totaled $39 million
• Over 29,000 Redbird alumni have contributed $106 million
• $61.8 million earmarked to directly benefit student scholarships

“Redbirds Rising has been a collaborative effort, on campus and around the world, and one that is changing the culture of philanthropy at Illinois State,” said Vice President for University Advancement Pat Vickerman. “The vision, partnerships, and gifts are strengthening access and affordability for generations of Redbirds. It is inspiring to be part of such a positive trajectory.”

Student scholarship assistance is a major area of support for donors. To date, more than 200 new endowed funds have been established during the campaign, with 181 of those funds focused on providing scholarships for students.

One student benefitting from scholarship support is Katherine Helander, a senior public relations major and first-generation college student from McHenry, Illinois, who received the Presidential Scholar award and Leola Lohr Nelson Memorial Endowed Scholarship. Helander was also recently designated as a Bone Scholar. Helander is grateful for the way scholarship assistance has opened doors in her life. “I’ll be using my senior year to study abroad,” says Helander. “This fall, I’ll complete a public relations internship in Mexico, and in the spring, I’ll complete an international communication certificate in the Netherlands. I’m so thankful for the scholarships I’ve received. They’re enabling me to see the world.”

“We have worked diligently since the campaign’s quiet phase began in 2013 and experienced increasing momentum once the campaign went public,” says Redbirds Rising Campaign Co-Chair Dan Kelley ’70. “We’re looking to build on the success of the campaign in its final year by asking for broad support from even more of our alumni and friends who value the impact of ISU and what it has meant in their lives.”

Redbirds Rising: The Campaign for Illinois State will continue through its completion on June 30, 2020.

“We’re proud of the historic success of the campaign,” said Dietz. “But we’re not stopping here. The University will rise to meet challenges that will inspire future investment and help us achieve new heights. Redbirds are committed to excellence and leading by example, and while I am so proud of what we have accomplished thus far, there remains more we can do.”

To learn more about Redbirds Rising: The Campaign for Illinois State and to make your contribution, visit RedbirdsRising.IllinoisState.edu.

this is a boilerplate