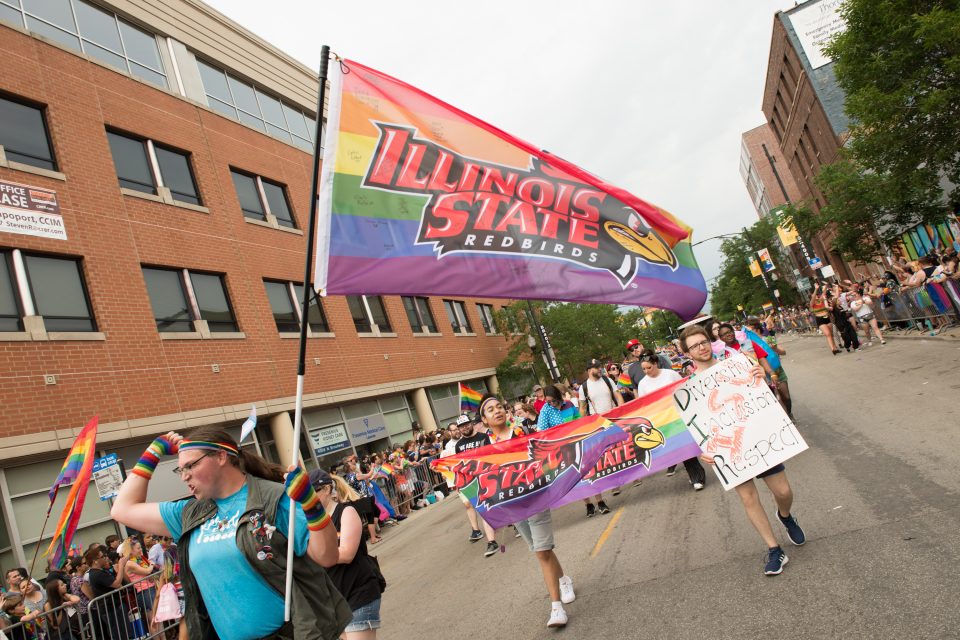 First-time parade participant Dana Niswonger ’19, who will be a biotechnology graduate student this fall, led the Illinois State float waving a 4-foot-long Illinois State Pride flag in the air. “My reaction to the crowd cheering ‘I-S-U’ was to swing the flag around more and hype up the crowd. Seeing so many alumni and students cheering for us also made me feel like I was a part of something bigger, something more, in a way I never quite have before participating in the parade,” she said.